You are the talented handler assigned to Agent X, the top field agent at Mi6. However, despite the supposed thrill of your job (and the tidy paycheck), you find yourself bored.

That is until X’s latest mission.

X is in Las Vegas, infiltrating the world-renowned Club Delirium, a suspected front for an international smuggling ring. But when things take a sudden and dangerous turn, you lose contact with your agent completely.

After X is disavowed, you take it upon yourself to use your considerable skills to track down your missing agent, and travel to Las Vegas with your flatmate and fellow handler.

Unfortunately for you, not only do you find X, but you and your flatmate manage to get dragged into a mission to save the world alongside X and a small team of agents.

[cis!m/cis!f/nb] English. The agent you were assigned to at MI6.  [Demisexual].

[cis!m/cis!f/nb] Nigerian. An agent assigned from the NIA. [Pansexual].

[cis!m/cis!f/nb] Japanese-American. An agent assigned from the CIA and the supposed team leader. [Pansexual].

mi6 has no jurisdiction in the u.s. (fbi would though!) but beside that little issue it's nice!

An interesting idea for a story, I will wait for the next update!

Love the character creator and how in-depth it is.

what bugged me though is that i can't customize the pronouns, even when i set my browser to the desktop site. like, if i try to edit it, it just wouldn't allow me. but other than that, the others are all good.

First off absolutely love the story. The writing is wonderful and i am so glad when i started following this project last year i actually got a update notification because God knows how rare that is in the interactive novel community where stories are just dumped like a bad one night stand. I digress tho. Thank u for amazing writing and i am so excited for more of it.

I did want to mention what might be a bug. I don't know but I've restarted the game twice now because i set my characters pronouns and when i check them as soon as the opening writing starts it's perfect but as soon as we get introduced to Kalan it's somehow back to being They/Them which isn't something I'm personally comfortable with. I don't know if that's just a default or what. But i will go restart again. Maybe i just fucked up customization lol

THIS IS A MASTERPIECE 😭 ♥️

thank you for this… I need more tho 🌚

That was super short but the premise itself is interesting. I'm interested in how the plot progresses and how the MC is handled.

Damn it's so good! Honestly there's not enough spy IFs, loved the writing and the dialogue between the characters, that cliffhanger though!!! I can't wait for more! 🖤

It’s super good I didn’t expect it just to be the prologue :,)

Keep up the good work :D

this is so good!! please update soon I'm dying of curiosity keep it up!!:D

thank you so much! I hope to be able to update soon :)

thank you so much! I’m glad you enjoyed :)

"playing as ace/aro as romantic scenes will be replaced by platonic ones."

I'm a bit confused by this. It makes sense for the aro option, but I would think the ace option would be more likely to replace sexual scenes, not romantic scenes.

Oh lol yeah, sorry that was a mix-up on my part!

I meant that an aro!mc will have less explicitly romantic scenes (more queer platonic), and that a sex-repulsed ace!mc will have different scenes to the sex scene (cuddling, etc...depending on other choices made). 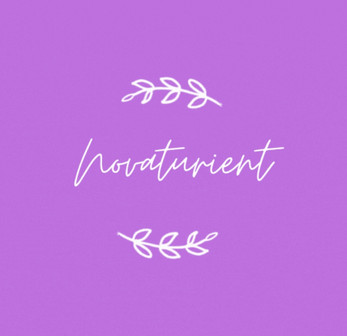